You have to realise that someday you will die…

…until you know that, you are useless. That's part of the lyrics of This is your life, part of the soundtrack to the Fight club film, based on a book by Chuck Palahniuk. It's a sentence I like to remember during the times when everything goes wrong: broken hardware, service providers going out of business, breaking relationships, etc. Focusing on whatever is gone is the result of getting too attached, and that can interfere with new things in life. It simply means change, and people who are unable to change will have a harder time than those who can adapt.

So my old project Electric Hands Software is gone, and the most disgusting part of http://elhaso.com/ not being available any more is that it has been claimed by automatic spambots, turning it into a casino. With black jack. And hopefully, whores: 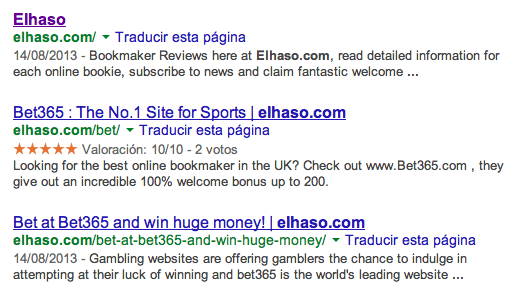 It is clearly a sign of irrelevance when automatic software cares more about your out of business ideas than human people, I don't think that website registered more than 2000 hits during several years. So let the new Electric Hands Software website at http://www.elhaso.es/ shine! But this time it won't be ambitious, I've already been taught all that went wrong and why, there's no point in repeating mistakes.

Instead, it will live on as a hobby. And since my new hobby is the Nim programming language, maybe I should take the crusty C source code of Submarine Hunt and rewrite it open source in Nimrod? Ah, if only these feelings of inebriation lasted a little bit longer…