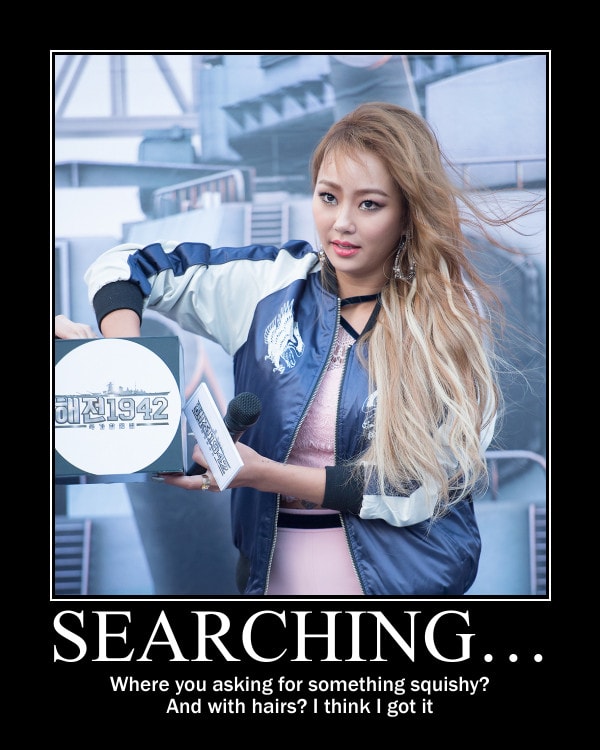 Waking up with your left foot

Recently the Dropbox Tech Blog published one article titled Using machine learning to predict what file you need next which ended ticking me off. The reason is simple, Dropbox search feature stopped working for me about two years ago. Unfortunately I'm used to dozens of products having bugs that make them inconvenient, and you simply learn to live with crap because fixing it is more expensive than ignoring it. As a programmer you learn that software is far from being the product of a single person, and groups of different people have different views on what quality is, means, or how it is achieved. We are all slaves to the financial aspect of business anyway, and we know the business side doesn't really care about bugs unless they torpedo their income, so priorities tend to be somewhere else (shiny new features! Shinyyyyyyy!). So seeing the Dropbox blog gloat about how awesome machine learning is finally prompted me to make public how crap their search actually is, and has been for years.

Sometime in 2017 (or even earlier) the search feature stopped working for me. I use Dropbox not as storage but as an easy to use asynchronous file transfer system, where other Dropbox users share folders with me. I put files in them, and they retrieve them. Most of these actions are automated, so I can copy/move a file from the command line and know it will magically materialize somewhere else and free itself from Dropbox, so the free space of the account is eventually regained and I don't trip over their storage limit. Sometimes I want to know if I've already sent a file to somebody, so I would log in to the website and search the filename. This used to work perfectly fine, showing matches in deleted files, but at some point results would stop coming.

After waiting for some time and seeing it not being fixed (I also noticed the "Events" page disappeared, which showed you the full history of file movement on the account), I decided to patch the search feature myself (sometime around Christmas 2017). I started looking at their developer documentation and realised they had a Java SDK. At the time the Kotlin language was new to me, so I decided to use it in order to get familiar with it. And hence, the Dropbox file racoon project was born (the first commit points to my Christmas holidays, which is the only reason I know the approximate timeline of events).

At this very moment, if I use Dropbox web search feature to look up for the rm_4 filename part, I get 5 lousy results, as shown by the following screenshot you can click to enlarge: 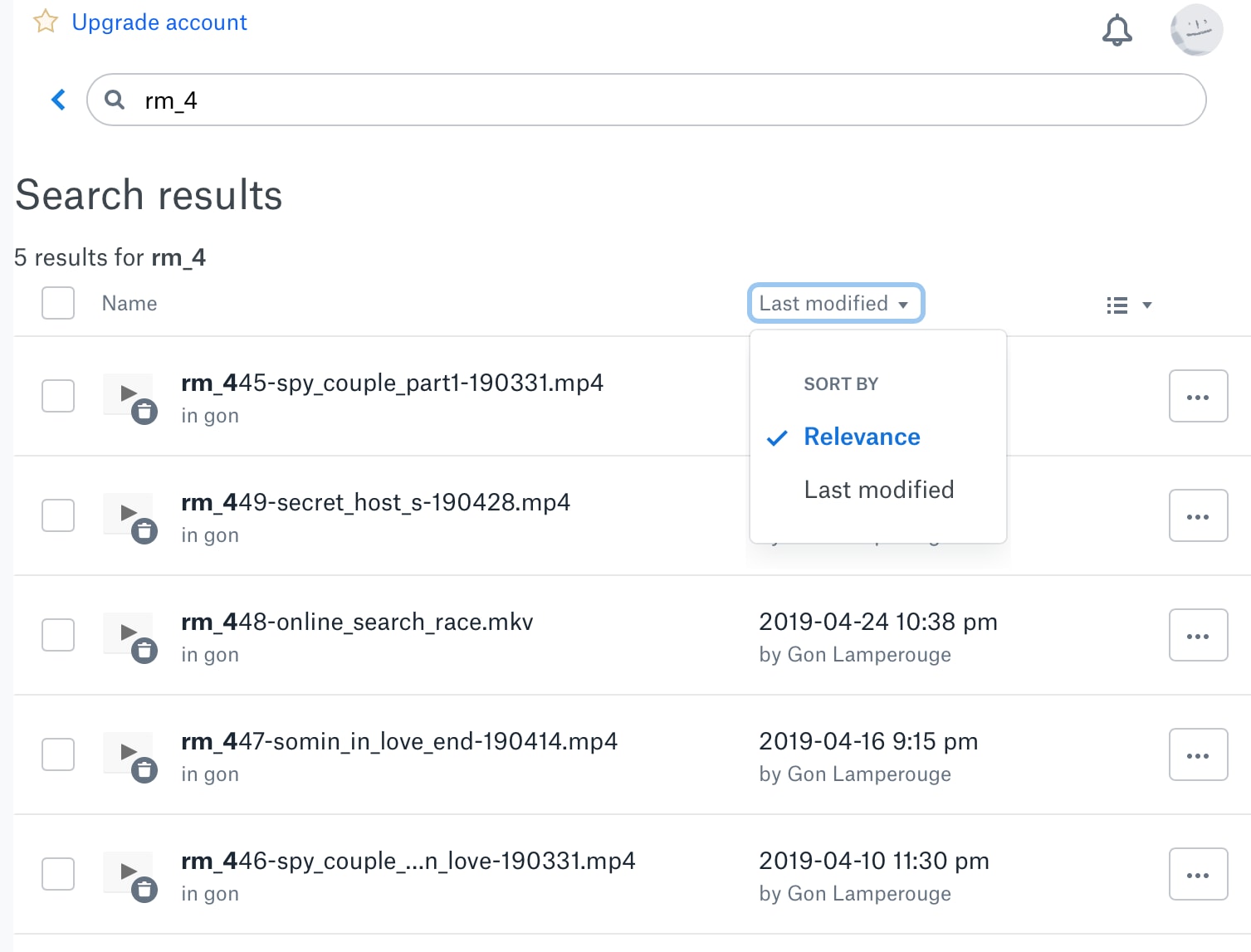 On the other hand, using the search program I wrote I get 50 matches. Here's an excerpt:

Shit posting about engineers behind machine learning wouldn't be fun if I didn't also include designers. Some time before Dropbox search stopped working completely in 2017, results would be displayed with their filenames truncated due to an idiotic web redesign which wasted screen space. Which is totally useful if you don't care about filenames. Looking at their website now it seems that the same idiots are still in charge. Here is a screenshot of the results page on my browser window, maximized to the full extent my laptop screen allows (you might need to click the image to appreciate the details): 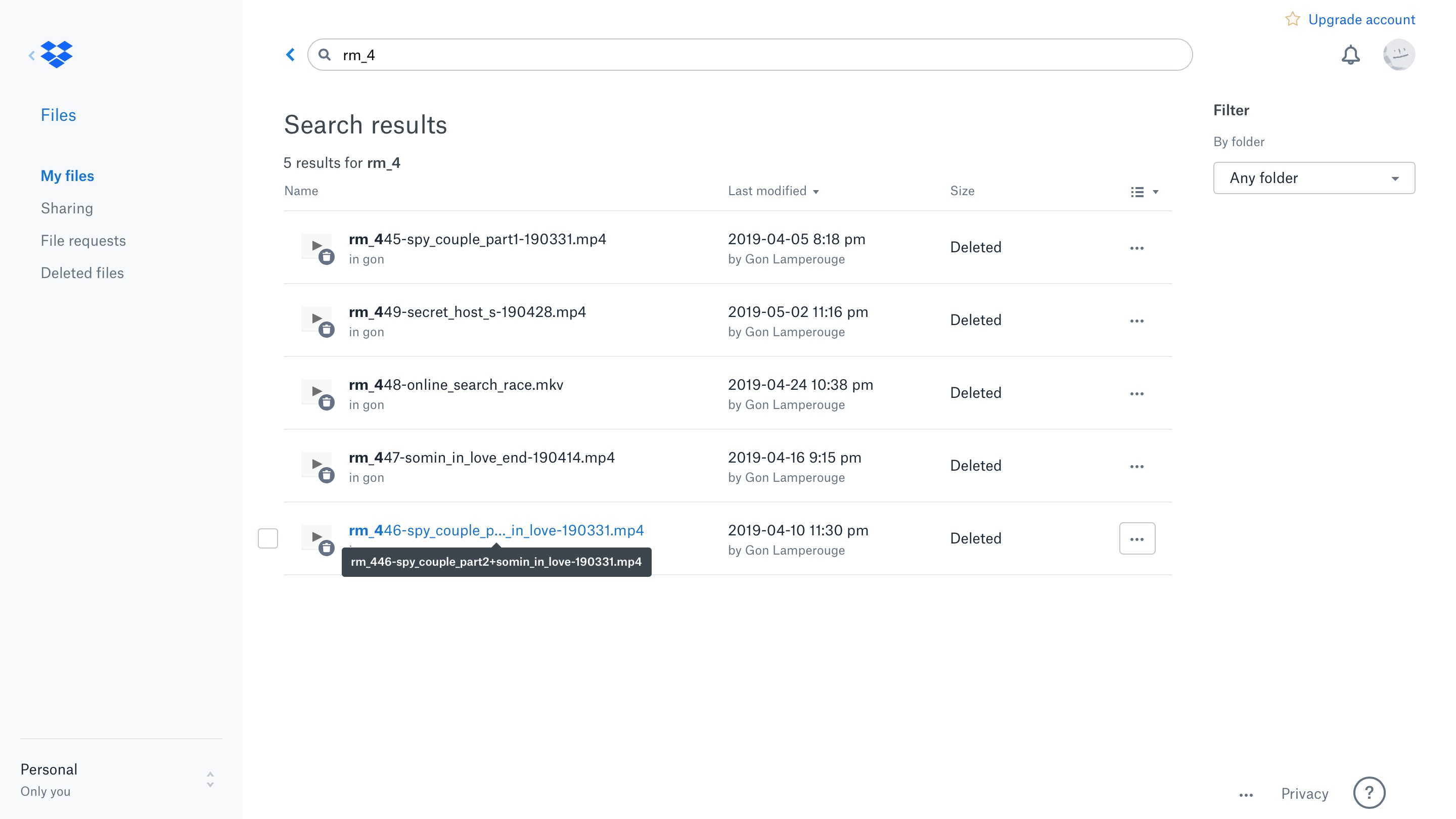 What you can see in that screenshot is that it shows the results of the rm_4 search and truncates the file names. The total screen size width is 2880 pixels, but the width allowed for filenames seems to be just 600 pixels, or about 20% of the total screen width. The whole usable area of results in the middle is about 1600 pixels, so about 45% of screen width is dedicated to responsive sidebars. Thanks, designers, what would we do in a world without you! In fact, you can see that designers did already receive complaints, because they fucking added a fucking tooltip. Nicely done, who said they don't care about users?

It comforts me to verify that high profile firms like Dropbox, Apple, Google and others are filled with the same idiots I've had the pleasure to work with in the past:

In fact, my last encounter with a designer to whom I raised accessibility issues was met with a polite shut the fuck up and presume this feature, or users who use it, doesn't exist. I can also count the times I've had to implement accessibility on mobile apps with a single finger from my… a single finger (guess which one, ha!). And this happened only after those inexistent users complained.

Also, in case you were not paying attention, the first screenshot shows the results of the rm_4 search sorted by Relevance. Because you know, sorting by fricking name would be too much to ask, and relevance decides to put rm_445 in front of rm_449, with the files in between showing up later. Who in the world sorts file names by file name anyway!

Making your own search

OK, OK, I'm a picky user. I should not complain about results being illegible, or getting 5 entries where 50 should be returned. A special place in hell is reserved for people like me, who believe software should be useful first, and bells and whistles can come later. Unfortunately I don't plan on dying tomorrow, so in the meantime I decided to look up the Dropbox API and make my own search.

What I ended up doing was using the API which exposes the whole Dropbox history and looping over the paged results, storing them in a local SQLite database. The database is very simple and is made of two simple tables: the paths table stores all the filename paths, the global_state table is a convenience and stores the token passed by the user the first time to reuse in future queries. Once the tables are retrieved, simple SQL LIKE queries can be run, which have the convenience of actually working and returning useful results.

This program was never meant to be public, so it is not prepared to work easily, and you have to do your own Dropbox developer token provisioning. If you are interested, I described this in the requirements section of the project README, so you can set the project right and actually use it. In fact, that README commit is the only change I did recently, because it has been working forever since, and will keep working until Dropbox decides to close their API. Non machine learning software has the advantage that it works the same all the time.

In my case, the .config/dropbox-file-racoon.sqlite3 database weights at the moment 224MB, and contains 872195 entries. Usually the first time I perform a search it takes about 5 to 10 seconds on my machine to show results. If I repeat the query the results come then in less than one second. There is no database server here, so the warming up of the queries is probably done by the OS, caching the whole 224MB file in RAM and speeding up later queries. Just for laughs, here are some more search comparison results between the website and my local search: 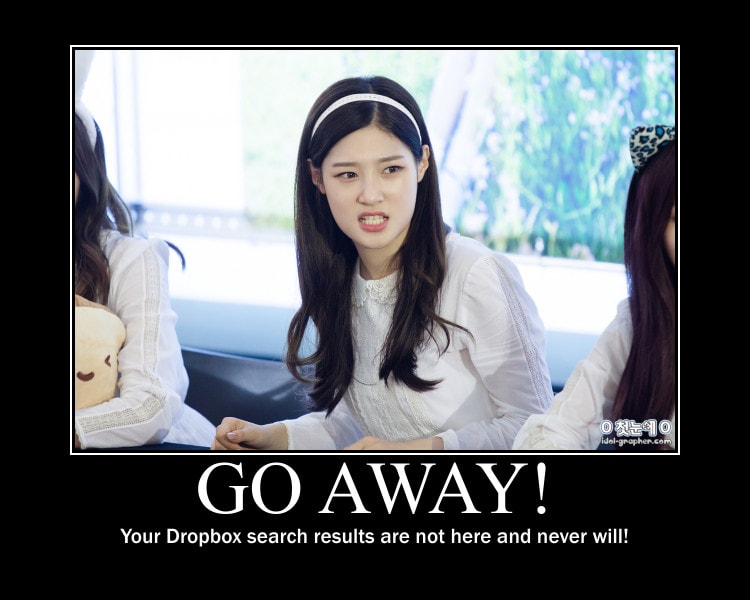 I'm pretty sure the guys at Dropbox, a highly collaborative cross-team effort between the product, infrastructure, and machine learning teams can figure out, sometime in the future, that their search sucks. They only need to use it. I mean, they have time to blog post how awesome they are, but they can't spare a few minutes to set up a test case where a few searches are tried against a static corpus and the number of results should be the same on every iteration of their product?

To be fair, the problem seems to be that their whole machine learning sentient thingy has Alzheimer's disease, because it seems to limit all results to about one or two months worth of results. Maybe all this machine learning, which could be replaced by SQLite, is just too power hungry for text sizes longer than this blog post. Knowing the Dropbox guys favor Python, hopefully they didn't ditch their Pyston attempt and rewrote everything in JavaScript. Ugh, or maybe they did, seeing their Pyston implementation languishes since 2017, which is dangerously close in time to when search stopped working for me… coincidence?

But there is always something good in all of this despair: Skynet won't find John Connor. It will try to use machine learning to search for the guy and instead the Jar Jar Binks actor will be terminated to avoid the suffering.